The Next PinePhone Has Been Revealed: Manjaro! 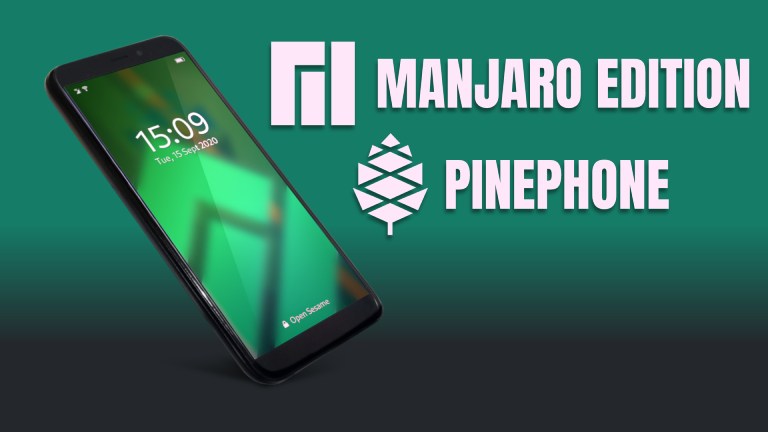 The makers of Linux-first hardware, PINE64, have certainly been busy over the last month. From working on elementary OS 6 support to new products in the Pinecil and PineCube, everyone’s favorite ARM-based device company doesn’t appear to be slowing down any time soon (just check out their August 2020 update to see!).

However, they have finally revealed the next-in-line for their very special community edition PinePhones — Manjaro — which joins the successful launches of the previous UBports’ Ubuntu Touch edition and the “flagship” Postmarket OS edition. Certainly, I think most enthusiasts are aware that both UBports and the Postmarket OS team have been working with the PinePhone team since the very early days of the project. However, many might not realize that the relationship between PINE64 and the Manjaro team is nearly as long lived and there is no doubt that the team behind the extremely popular Arch-based distribution has spent an inordinate amount of time making sure the different versions of their operating system work on PINE64’s products flawlessly.

It was just a few months ago that PINE64 announced that Manjaro’s KDE Plasma ARM edition desktop would become the default operating system on their popular ARM-based laptop, the PineBook Pro. Not only does this prove the strong relationship between the two developer camps, but Manjaro is one of the few operating systems with images for nearly all of PINE64’s SBCs and devices. With all the amazing work that the Manjaro team has accomplished, it comes as no surprise that they would eventually get their community edition PinePhone out there in the hands of Linux mobile enthusiasts.

There are currently several different build variants of Manjaro for the PinePhone including support for KDE’s Plasma Mobile, UBport’s Lomiri (once known as Unity8), and Purism’s Phosh (based on GNOME 3). Though it is unclear at this time which one of these environments will ship with the device, or if there will be a choice during the ordering process, you can rest assured that each of these environments are well-tested and some of the smoothest experiences out there for the PinePhone.

As with previous versions of the community edition PinePhones, the Manjaro edition starts at 149 USD including 2GB RAM and 16GB eMMC, with the option of the “convergence” package (first offered with the PostmarketOS build) at 199 USD including 3 GB RAM, 32 GB eMMC, and a special USB-C dock equipped with 10/100 Ethernet, 2 USB type A ports, HDMI digital video output and power-in via USB-C.

Of course, as with all of the community edition PinePhones, PINE64 promises to donate $10 to the development team (Manjaro) for each unit sold. So, if you would like to support the work that both PINE64 and the Manjaro team are doing, while getting an awesome device, this is a great way to show your appreciation. Moreover, it appears that the Manjaro artwork team will be designing a custom presentation box and the phone itself will feature “sleek-looking Manjaro branding on the back-cover.”

Now, if you are rushing to the PinePhone website to get yourself a Manjaro community edition, I’m sorry to tell you that you’ll have to wait just a few weeks before the pre-orders to open, which is scheduled for mid-September.

I want to personally thank the awesome people at PINE64 along with the hard-working team behind Manjaro for working together and putting out some seriously incredible work. The partnership between the two companies has resulted in a plethora of great work, and I for one cannot wait to see what other surprises they have up their sleeves in the future!

If you would like to read the official announcement you can find it on the PINE64 blog or the Manjaro forum.

This is an excerpt from Linux++ Issue 23. You can read the full issue here.