Ubuntu Studio 20.10: Is It The Perfect Linux Distro?

This is a quick overview of the latest updates Ubuntu Studio team made with their upcoming release, 20.10, Groovy Gorilla. If you’re interested in a great Linux distro for content creation with a modern appeal and lots of configurations made for you then you’ll certainly want to check out Ubuntu Studio.

Let’s get something straight, I am not an audio wizard, just a regular GNU/Linux user. This is why I really don’t want to deal with all the issues of PulseAudio, and its poor performance when trying to achieve anything just beyond the “basic computer sound works”.

Let me set the stage for why Ubuntu Studio appeals to me. I am very often on conference calls, I have an Audio-Technica 2020USB+ Condenser microphone, which sounds amazing compared to anything else I ever had. Also, it is the best audio interface I have, way better than even the integrated audio on my expensive Mother Board. So for the price, it was a great deal. However, condenser microphones are considered to be studio microphones. They sound great, but pick up every sound wave in the house, and that is less than ideal. Also, When on conference calls, I can get carried away and unwillingly raise the volume of my voice, which again, is not the best for people on the other end of the conference call.

Ubuntu Studio comes to the rescue! I can easily set up JACK that will first of all, eliminate any audio trouble I had with PulseAudio. Then, It will deliver amazing quality audio plugins I can use with my condenser microphone to reduce background noise, clip the spikes in my volume as I get too excited about the topics I am discussing, and some other plugins to make the sound just sound as I want it.

JACK setup, Carla, and microphone plugins are another topic for another article, There is just too much to squeeze it all here. However I wanted to explain that Ubuntu Studio is not just for musicians and audio/video wizards. Everyone can benefit from this amazing distribution. If you want to learn how to configure Jack audio on Ubuntu Studio 20.10, you can check this tutorial I wrote.

Is Ubuntu Studio right for you?

If you relate to at least 2 of the items in my list below, you should seriously consider Ubuntu Studio as your daily driver operating system.

That’s right! Ubuntu Studio has switched to the KDE Plasma desktop starting with this release. And wow, this is not just any stock Plasma. I can clearly see that the team put a lot of thought and attention to defaults, details, themes, icons. The wallpaper is excellent too. Actually, wallpaper is the first thing I change as soon as I install a distribution. In this case though, I cannot bring myself to replace it. This is daily driver distribution material!

There are a lot of nice changes compared to distros that ship a vanilla Plasma:

There is another distro that makes a great Plasma by Default setup, and that distro is Kubuntu. This looked to me a bit like Kubuntu’s default Plasma settings and I say this as a big compliment to both distros. Kubuntu, in my personal opinion, has one of the best Plasma implementations out there. I know there is always a lot of collaboration between Ubuntu flavors, so my curiosity took over. I had to know.

I reached out to Erich Eickmeyer, Project Leader of Ubuntu Studio, and he confirmed my theory. He consulted with Rik Mills and other members of the Kubuntu team during the switch to Plasma. I love that, Ubuntu flavors instead of fighting for their user base, are working together and helping each other. The Ubuntu ecosystem is really a great example of open source collaboration. Well, I guess we will need to add Kubuntu and Lubuntu teams to the list of people we need to thank!

In fact, the collaboration of Ubuntu Studio and other Ubuntu Flavours is really quite impressive because they also made it possible to install Ubuntu Studio’s tools into any Ubuntu Flavour you want to. You can check out this article I wrote to learn more about that.

Let’s talk about the applications and what’s new there. In the Graphics area they have made updates to the following applications: Krita, Blender, Darktable, Inkscape, and Digikam. On the Video & Publishing side of things they made updates to Calibre, OBS Studio, and Kdenlive.

Now it’s time to address the part that makes me so interested in Ubuntu Studio and that is the Audio features. The Studio Controls application got a nice new icon, very welcome improvements, bug fixes, and brought back firewire devices support. The LSP plugins have been upgraded to version 1.1.26. The Ubuntu Studio team has made updates to the following applications: Ardour, Audacity, RaySession, Session Manager, and of course Studio Control.

Another point worth of notice, is that Ubuntu Studio has a backport PPA that can be enabled, in order to keep important software up to date even after their final feature freeze.

References and Special Thanks:

Special Thanks to Erich Eickmeyer, Len Ovens, and Ubuntu Studio team for bringing us an amazing distribution. Excellent Plasma defaults, content creator suite of applications, and JACK audio server, all together to make Ubuntu Studio Groovy Gorilla. If you enjoy this amazing distribution, please consider getting involved, purchasing some merchandise, or making a donation via Paypal or Patreon. 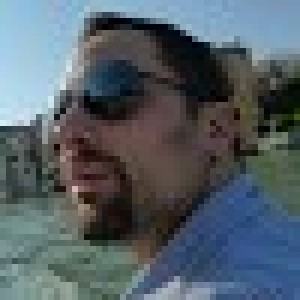