17 KDE Plasma Features That You Didn’t Know About 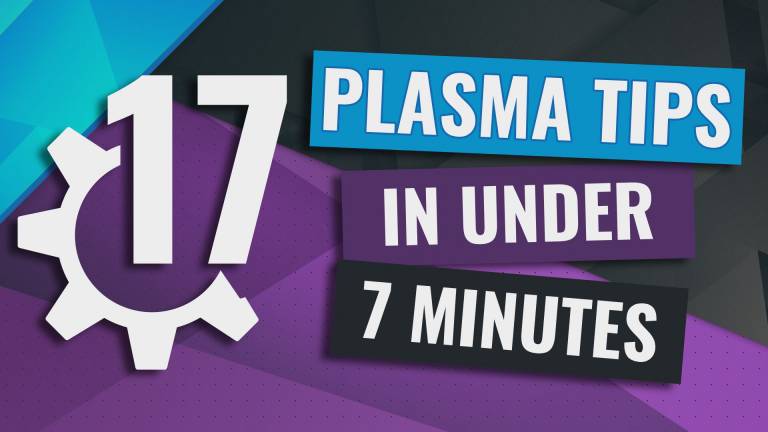 KDE Plasma is just packed with features, some of which, even long term plasma users might not know about. I have been using the Plasma desktop for many years now and I am still finding new cool features. Here is a list of 17 cool features of KDE Plasma that you probably didn’t know about.

In addition to this article, I made a video demonstrating all of these features so if you would like to see examples of any of these then be sure to check out the video below. I also added my personal settings for how I customize these features in my setup if you’d like to see how my workflow is configured. Each tip that I customize will have a note at the bottom for how I customize it, if you don’t see a note then I simply use the default for that feature.

Before we get to the tips, I mention the term “Super Key” frequently in this article as well as the video since it is used often in these features. For those unfamiliar with this term, the Super key refers to the key that often displays the Windows logo. It has many other names as well such as the Meta Key, Mod4 Key, Windows Key, Logo Key, and others. I prefer the Super Key term which is why you’ll see that. Also the icon I used in the video is somewhat of a reference to “superpowers”.

KRunner is an awesome feature of Plasma and one of my favorites but it’s not commonly known it exists. There are a few ways to activate it but the fastest is the keyboard shortcut. The default shortcut is Alt + Space and once activated you can do all sorts of stuff. You can launch applications, search for files, run commands and much more.

In fact, there are a bunch of plugins to expand the functionality of KRunner. You can also disable default plugins if you want to.

I change the shortcut to Super + Space because I like for KRunner to be similar to the Main Menu shortcut of pressing the Super key.

If you press and hold the Super key down and then Left Click on your mouse anywhere on a window and then drag it around to very quickly move around the window. With this you don’t have to use the titlebar or worry about accidentally clicking something because it takes you into a Window Manipulation Only mode.

If you press and hold the Super key down and then Right Click on your mouse near an edge of a window and then drag it around you can very quickly resize a window. Gone are the days of having to get your mouse directly on the edge of the window, as long as you are remotely in the vicinity of an edge this will work.

KDE Plasma also has some tiling functionality, though it is not intended to compete with the window managers that are exclusively made for tiling but it does a fantastic job for my usecase. KDE Plasma’s tiling can be done with half tiling or quarter tiling depending on what you need from it.

To use the tiling functionality of KDE Plasma, press and hold Super and from here use the arrow keys on your keyboard to tile the window. By default, a single arrow press will do half tiling but if you’d like to do quarter tiling then you’ll need to press another arrow key in quick succession. For example, if you want to tile a window to the top right, just do Super + Up immediately followed by Super + Right (holding Super down the whole time).

I tend to have a lot of applications running at any given time while I am using my computer. At times this can become a bit complicated to navigate so I use the Present Windows effect to easily switch between tasks and applications. Present Windows is a feature that takes all of your application windows and displays them in a nice overlay style making it faster to locate the app you want.

To activate this, you can use the hot-corner at the top left of your screen or use the default keyboard shortcut of Ctrl+F10.

I change this shortcut to Super + W because it’s more comfortable for me to activate it and I think it makes sense as W for windows overlay. I also change the way the effect displays from the default “Natural” setting to instead use the “Regular Grid” layout mode. This setting can be changed in System Settings -> Desktop Behavior -> Desktop Effects, then scroll down the list to find “Present Windows” and from here click the Configuration button to the right of the window.

Virtual Desktops are an awesome feature that is fairly common in the Linux ecosystem though you may have heard of them referred to as Workspaces elsewhere. By default, KDE Plasma comes with a single Virtual Desktop. If you go to System Settings -> Workspace Behavior -> Virtual Desktops then you can add as many as you want. I typically run about 4 Virtual Desktops but at one point in time I was using 9 virtual desktops. I can’t totally explain why I had 9 but the point is, you can do whatever you want.

I change this shortcut to Super + Control + D because it’s more comfortable for me to use, D for Desktops, and I add control into the mix because Super + D is already assigned to the Show Desktop feature.

Send a Window to All Desktops in Desktop Grid

The next set of hidden gems require a bit of configuration but they are pretty awesome so I am confident that you will want to implement them. Hopefully, KDE considers adding these configurations or something like them in the future by default because they are very useful in my opinion. I won’t include a customization section for these tips as they will have that included as we configure them.

There is a feature that a lot of people tend to like from the Openbox window manager where you can right click the desktop and quickly have access to your Main Menu. You guessed it, KDE Plasma can do this too!

To activate this quick minimal app menu, right click your desktop and choose “Configure Desktop and Wallpaper“. In the sidebar of the window that loads, select “Mouse Actions“. Next, in the dropdown menu next to the Middle Button option, change that to “Application Launcher” and you’ll now have a slick minimal desktop menu similar to Openbox.

Removing Window Decorations with “No Borders”

The decorations around a window are very useful but sometimes they can get in the way. If you use the quarter tiling functionality of Plasma like I mentioned before then it would be nice to be able to remove the borders to optimize the screen real estate. That’s where the “No Borders” feature comes in.

To remove the window decorations, Right click the Titlebar, then go to “More Actions“, and select the “No Border” option.

This is a great way to save space on your screen but it’s kind of hard to get back to this menu without the titlebar. You can use the default shortcut of Alt + F3 to open it again but instead I suggest creating a custom shortcut for this feature. Go to System Settings -> Shortcuts -> search for “border” and then press the keys that you want to use for your shortcut. The shortcut I use for this is Super + B.

Ever wanted a window sitting on top of another window but still want to see through to the lower window? You can set custom shortcuts in KDE Plasma to do just that because it has this feature built right in, though not pre-configured. Simply go to System Settings -> Shortcuts -> search for “opacity”. Then set the increase to Super + Alt + = (equals) and decrease to Super + Alt + – (minus) and now you can quickly and easily raise or lower the opacity of a window.

KDE Plasma has a lot of great options, including some alternatives to the default features and this is where the “Show Alternatives” feature is just fantastic! If you prefer an alternative to almost anything in Plasma, you can change it out for something else. Perhaps you want a more minimalist main menu, Right click the menu and choose “Show Alternatives“, them select “Application Menu“.

Or if you want to go the opposite route, choose “Application Dashboard” to have a fullscreen menu.

Let’s say you want more options than what is offered through the Show Alternatives system, well that’s where the “Get New” feature comes in. In a wide variety of sections inside of System Settings you will see a button that says “Get New” followed by whatever section you are in. For example you can “Get New Icons”, “Get New Themes”, “Get New Desktop Effects”, “Get New Plugins” for KRunner and just so much more!

This approach is nice because the button is right there when you are navigating around System Settings but maybe you want to browse the entire directory all in one place, simple go to the KDE Store at store.kde.org.

The KDE Store is filled with a ton of awesome stuff but keep in mind anyone can post to this directory so don’t just blindly install things, read reviews and comments like you would on any marketplace.

Did You Find Something New?

Thanks for checking out this list of KDE Plasma tips, I hope you found it useful. Did you learn something new about KDE Plasma from these tips or did you already know them all? Let me know in the comments below.

If you have any hidden gems about KDE Plasma, or any Linux related stuff let me know in the comments and I may feature them in a future article and / or video. 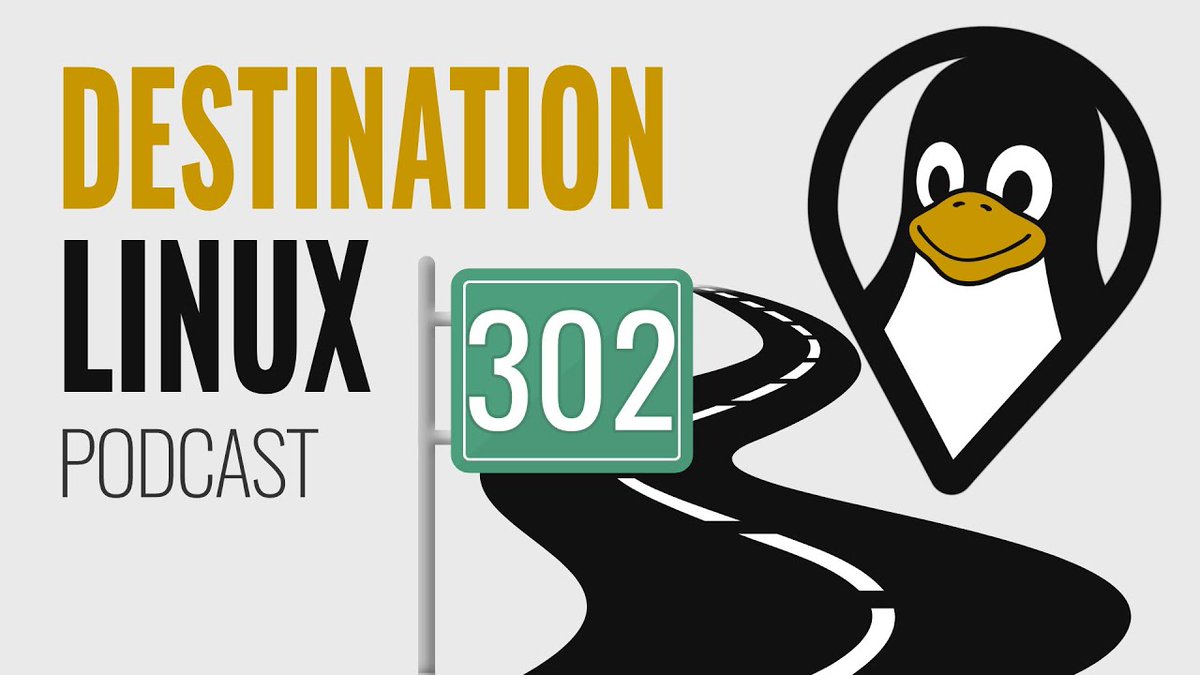