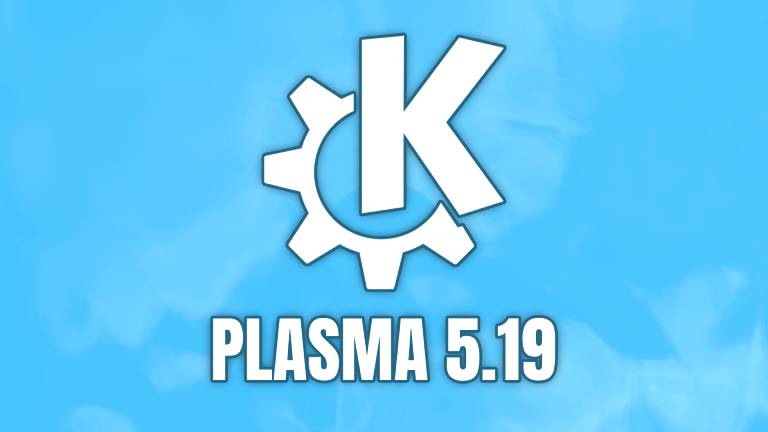 With their successful release of Plasma 5.18 LTS earlier this year, many in the Linux community were wondering where the Plasma developers would head next. Well, it appears that this release is all about the polish, baby!

As if Plasma wasn’t a gorgeous enough desktop before, the team at KDE have been working tirelessly to improve the look, feel, and continuity of the desktop — making it a top priority in this release and coming through in spades.

The first upgrade comes with the new Flow wallpaper designed by Sandra Smukaste specifically for Plasma 5.19. In order to improve personalization of the desktop, the Plasma developers also added quite a few new photographic avatars that can be utilized by new users on the system.

As far as continuity in the desktop department, the Plasma developers have worked on quite a few smaller graphical fixes with 5.19. One obvious change is that of a consistent design for the header areas on all of the system tray elements. In addition, the panel spacer widget has been alter to allow users to automatically center widgets, which is an awesome touch. The Plasma developers have also decided to increase the fixed-width font size from 9 to 10 to make text more readable throughout the desktop.

Moreover, the incredible work on GTK compatibility that came with version 5.18 continues on with the latest release. With 5.19, GTK 3 applications will now immediately respect and apply any newly selected color scheme or theme. In addition, the broken colors in some GTK 2 applications have been fixed, giving the system a much more consistent look across all UI elements.

It also appears that some work on updating the design of certain widgets has been done in 5.19. These include the media playback option of the system tray, the task manager tooltips, system monitor widgets — which were all rewritten from scratch — and the sticky notes widget, which got several usability updates.

One major area of the desktop that was focused on in 5.19 is the system settings menu. Improvements to the file indexing process bring with it the ability to configure an assortment of indexing options for directories on the system, which can also ignore hidden files if needed. For the look and feel of the system settings windows, the KDE developers have redesigned many of the menus with small improvements to the font configuration and more. Some of the most heavily impacted menus include Default Applications, Online Accounts, Global Shortcuts, KWin Rules, and Background Services. Moreover, the Info Center has been redesigned to mirror the aesthetics of other system settings modules, giving a much more consistent look throughout the system.

In addition, work on KRunner, a simple to use global search tool for launching applications, directories, and files has been improved so that users will be sent to the correct system settings menu page requested from within the program instead of to the main system settings page.

The default window manager that ships with KDE’s Plasma, KWin, has also seen some new features drop into 5.19. The major improvement here is the inclusion of subsurface clipping, which can help greatly reduce any flickering of applications and, consequently, reduce eye strain. Also, the application titlebars have been recolored in order to fit the system color theme, which makes them easier to read altogether. For bonus points, the KDE developers threw some love to Wayland, which now supports screen rotation for tablets and convertible laptops.

In addition, KDE’s homegrown application store, Discover, now includes functionality for removing Flatpak repositories in a much easier manner. On a similar note, Discover now displays the the application’s version in 5.19. Due to the ability to have several different versions of the same software on a single system with the universal packaging formats like Flatpak and Snaps, this improvement can be quite useful when searching for the corresponding application in Discover.

I want to take a moment to congratulate the awesome developers over at KDE for continuing to put out massive improvements and changes with each release. The work on continuity is extensive and gives an incredibly more professional air to the desktop environment. Keep up the awesome work!

Along with all of these details, there are quite a few more smaller (or “papercut”) improvements provided by the Plasma developers, so I highly suggest you check out the official release notes, which includes a link to the full changelog, here. If you would like to try out Plasma 5.19, you can likely find it in rolling release distributions like Arch Linux or Manjaro, as well as KDE’s own Ubuntu-based KDE neon distribution.

This is an excerpt from Linux++ Issue 20. You can read the full issue here.