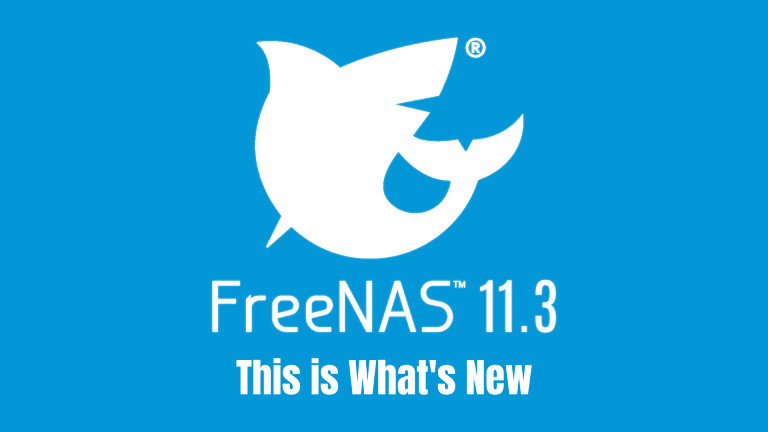 When it comes to highly scalable network-attached storage operating systems in the open source ecosystem, there is none greater than the highly-popular FreeNAS. Created by Oliver Cochard-Labbé in October 2005 (and later transferred to iXsystems), FreeNAS is based upon the most popular BSD (Berkeley Software Distribution) in existence, FreeBSD. FreeNAS is compatible with Linux, BSD, Windows, and macOS clients, making its reach even further spread. It utilizes the awesome power of the OpenZFS file system, which includes some major advantages and key features over other popular file systems you might encounter in the Unix-based ecosystem like ext4, XFS, or Btrfs.

The ZFS file system structure has seen an increasing rise in awareness throughout the Linux ecosystem, especially with major distributions like Ubuntu attempting to integrate it into their software stack. However, users of BSDs are no stranger to the ZFS filesystem, as it has been in use in their ecosystem for quite a while now.

This week, iXsystems announced the release of FreeNAS 11.3, which comes with significant improvements and alterations that have occurred over the the past year. Besides the usual ZFS performance optimizations that come with each new release of FreeNAS, there is quite a bit of new functionality and bug fixes that iXsystems have baked into 11.3.

One of the most important contributions is a rewrite of the Replication Engine. This optimization will allow for up to 10GB replication speeds (a 10% performance improvement!), support for resuming failed transfers, and the ability to replicate locally. In addition, a new ACL Manager provides functionality for the setup and management of SMB ACL’s (access control lists), which is integrated into the FreeNAS web interface.

Moreover, SMB Shadow Copies are enabled by default for new shares, a repository of Community Plugins has been setup for the creation and distribution of 3rd party plugins that are not officially supported by iXsystems, and an iSCSI Wizard has been implemented to smooth out the process of creating a new iSCSI target with only a few clicks!

As far as functionality is concerned, iXsystems has overhauled the alert/notification system for FreeNAS allowing for more granular control over configuring the alert thresholds. Also, the dashboard has been upgraded heavily to include a live snapshot of the system status, which includes network traffic, CPU and memory utilization, and quite a bit more. iXsystems also integrated NAT support for plugins, which should remove the need for each plugin to have a distinct IP address on the network.

Another major enhancement with 11.3 is the full-featured 2.0 API. This integrates both REST and Websocket connections, which allows the system to be fully automated via the same API that the web interface utilizes. Moreover, a new ZFS tool, Large Pool Creation Assitance, allows an automated way to repeat virtual device (VDEV) layout across all remaining disks through the UI when creating pools with a very large number of disks.

This is an exciting release and I’d like to congratulate iXsystems on pushing the boundaries of FreeNAS even more. It truly is the world’s best open source storage operating system and as long as releases like this keep rolling out, I don’t see that changing any time soon!

This is an excerpt from Linux++ Issue 20. You can find the entire issue here.